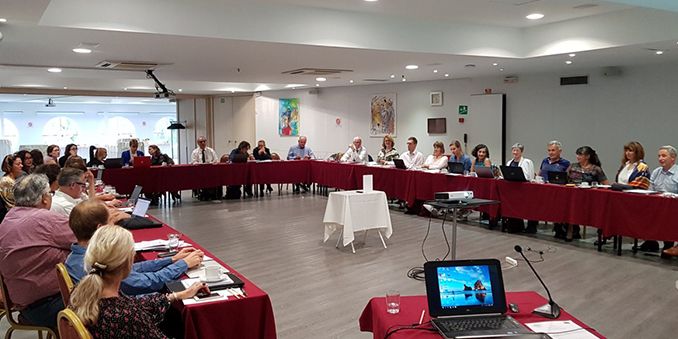 The Spanish Foundation for Science and Technology (FECYT), in its role of EURAXESS Spain national network coordinator, participated in the Kick-off Meeting of the European project EURAXESS TOP IV: Open EURAXESS, which took place between the 16th and 18th of October 2018 in Heraklion, Crete (Greece).

This project led by CERTH, the national coordinator of EURAXESS Greece, is funded by the European Commission (EC) through the Horizon 2020 programme and has the overall objective of reinforcing the services provided by EURAXESS, particularly regarding researcher career development. For this, several lines of action are proposed:

FECYT, together with EURAXESS Italy, will lead the activities regarding researcher intersectoral mobility based upon its experience in the EURAXIND project. FECYT will also contribute to the promotion of researcher career development policies following its work in the previous project PIPERS, as well as in the promotion of the Human Resources Strategy for Researchers (HRS4R) from the EURAXESS national networks, due to the fact that Spain is one of the EU countries with more HR Excellence Awards granted by the EC.

Finally, FECYT will be in charge of managing the participation of EURAXESS Spain members in the capacity building activities planned within the framework of TOP IV.

About EURAXESS
EURAXESS is an initiative launched by the European Commission that is present in 40 countries and aims at supporting researchers in issues related to mobility and professional development.